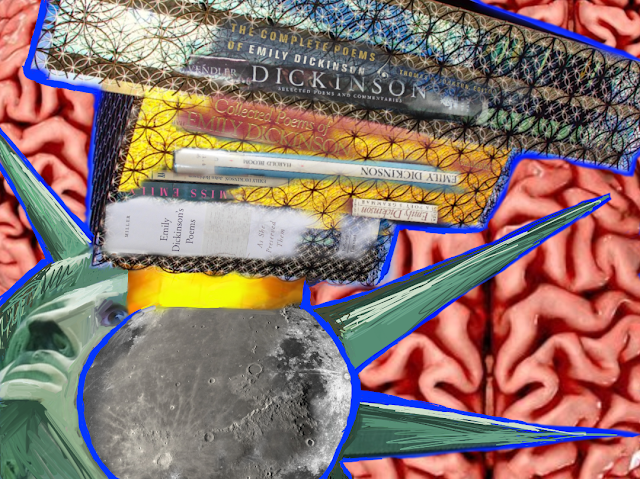 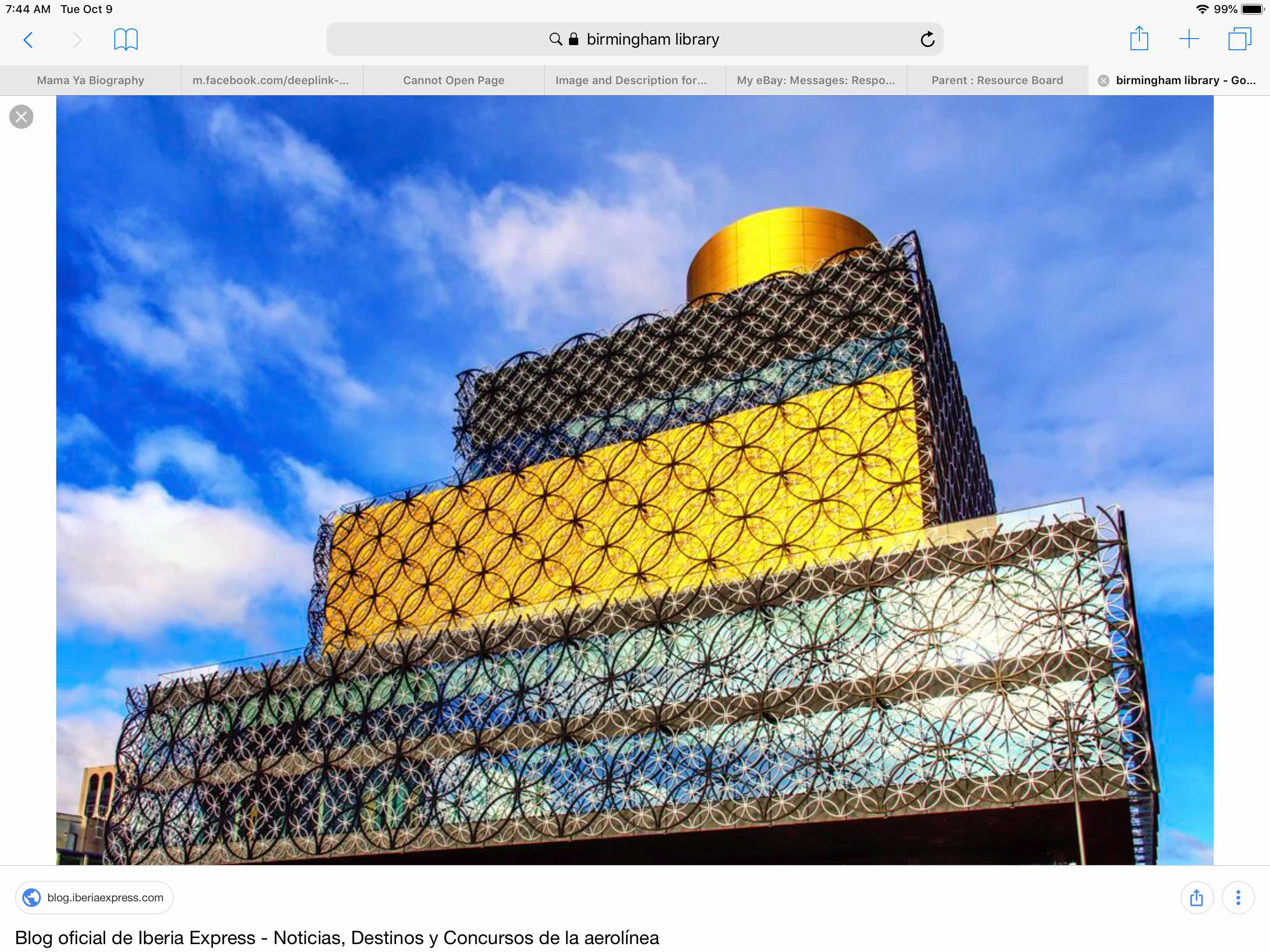 
'Tis little I could care for pearls
Who own the ample sea;
Or brooches, when the Emperor
With rubies pelteth me;

Or gold, who am the Prince of Mines;
Or diamonds, when I see
A diadem to fit a dome
Continual crowning me. 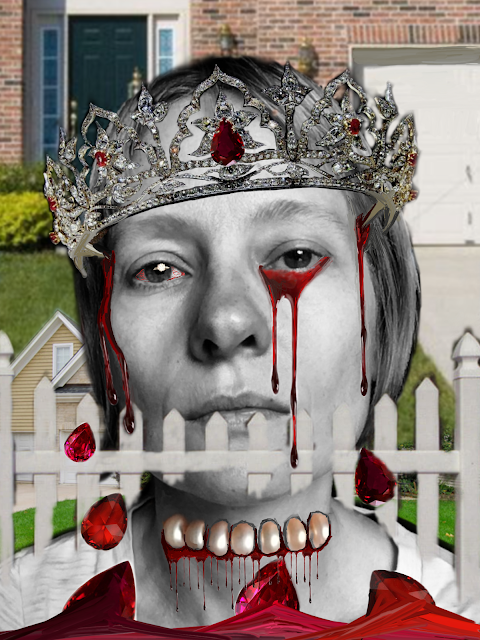 I will be honest with you, this poem could not have come at a better time in my life.  I discovered this poem right before I traded in my diamond for cash.  The money I used from the diamond was for a much worthier investment, my artwork, my freedom.  Jewelry for women is served to represent, "This is my property, she is betrothed" no longer single and no longer free.  So to me, selling my diamond, was an act of rebellion against the standard societal protocol of using jewels to represent love.   I do not need a diamond to prove I am married and love my husband.

The ironic thing is these jewels that are used to, "show ones love", have been responsible for a horrible black market of diamond trade, resulting in countless deaths, and robbing foreign lands of their natural resources.  So you can imagine my surprise, when while researching this poem and selling my diamond, I come across an article in Times magazine, "The Teenage Miner, the Village and the 709-Carat Diamond That Changed Everything",    http://time.com/longform/sierra-leone-peace-diamond/   about a diamond miner named, Komba Johnbull.  The article is about how they are trying to change the diamond industry so money received from the diamonds actually goes back to the Country and the ones responsible for mining them.  But with anything change takes time and there is still a long way to go in the process.

As you can see there are two different versions of this poem.  It is so slight but makes a huge difference so I decided to make an image for each one.  In the version from the Todd and Higginson Edition, "When I see/ A diadem to fit a dome/ Continual crowning me." I see her humongous diadem as her poetry, her imagination usurping a dome.  These two different versions led me to order the most recent edition of her poetry by Miller, "Emily Dickinson's Poems, As She Perserved Them". https://www.ebay.com/p/Emily-Dickinsons-Poems-As-She-Preserved-Them-by-Emily-Dickinson-and-Cristanne-Miller-2016-Hardcover/219222540  The excitement of receiving her book while thinking about an image for this poem led me to research, libraries, and domes.  I about fell out of my seat when Birmingham England's Library which had just opened in 2014 was listed. https://www.bestvalueschools.com/50-most-beautiful-libraries-in-the-world/   I have a very special connection to Birmingham England.  I studied abroad at University of Central England in Birmingham, had my first manic episode at Queen Elizabeth’s Hospital in Birmingham, and had the time of my life in Birmingham.  I even ended up naming my children the very English names of Winston and William.  Then I found out the Library was built to pay homage to the Jewelry district. https://en.m.wikipedia.org/wiki/Jewellery_Quarter  In the 19th century the jewelry and diamond trade industry was at its peek and the Jewelry District was born, employing over 30,000 people.  Because of the current lack of interest in the diamond and jewelry trade, the district is becoming an Urban Hub, where anyone can go and check out books, in an amazing Library http://www.urbanbuildings.net/c/birmingham, on poetry by Emily Dickinson, and read about her lack of interest on jewels that belong to the earth and not on someones finger. 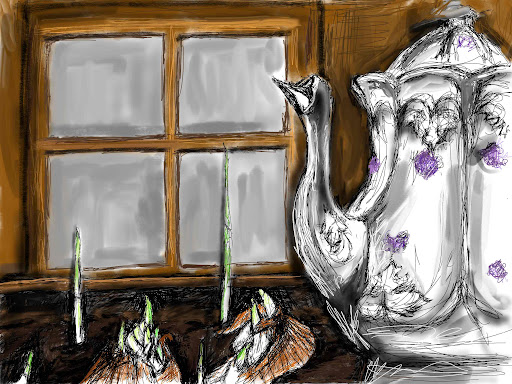 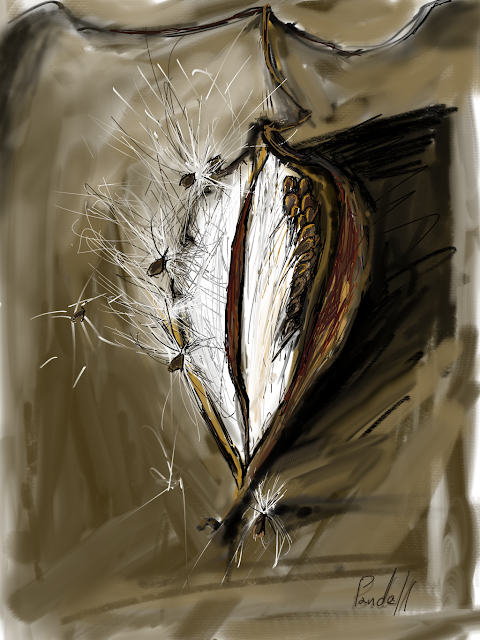